The family have owned a number of Dachshunds over the last 30 years but Alfie was the first show dog. At just 6 years old he enjoys a career as a UK group-winning show champion and a TV star!

Available at stud to approved bitches

Alfie arrived home in January 2013 and both he and Marc started training classes a few weeks later. Learning together, they took part in their first championship show (Southern Counties, May 2013) when Alfie was just over 6 months old.

On a hot Saturday afternoon and after a long wait until after lunch (being third in the ring), Alfie won a class of 4 dogs and went on to win a RCC and BP under Jeff Horswell. Later that day he won a large puppy group under Ron Menaker and returned the following day to win RBPIS. In addition to that, Marc and Alfie appeared on ‘Dog World TV’ – their interview broadcasted on Sky a few weeks later.

Towards the end of summer, we made the long trip to Edinburgh for the Scottish Kennel Club show and Alfie won his first CC (and BOB) under Mark Cocozza and later won the Hound Group under Graham Hill. He was the first Miniature-smooth to win a group since 2009 and only one other from his breed has won a group since then.

In February 2014, Alfie won Best in Show at Sutton Coldfield Open Show and in the following weeks gained the last of his points required for both his Junior Warrant and Show Certificate of Merit.

At City of Birmingham 2014, Alfie took part in his second Eukanuba Champion Stakes. Under Andrew Brace, he won Friday’s stakes (Hound & Toy) and was the heat’s eventual runner up.

In September 2014, Alfie entered his first Kennel Gazette Junior Warrant heat, held after Plymouth’s open show at Exeter. He was placed 1st of the 5 qualifiers chosen by Jonathan Daltrey and took part in the semi-final at Earl’s Court in November, being shortlisted to the final 20 dogs.

Alfie’s record at championship level is currently 23 class wins from his 34 shows.

Following the house move in December and a break from the shows, Alfie has had a good start in 2015, winning his 5th RCC at WELKS in April under Howard Ogden.

Alfie then had a break from showing during the summer of 2015 where he was selected to become the new ‘Vitality’ dog. His first assignment was to star in the Sky Sports adverts for the upcoming Rugby World Cup. Throughout June and July we travelled around the UK filming with the English, Welsh and Scottish mens and ladies players and Alfie loved every minute of it. 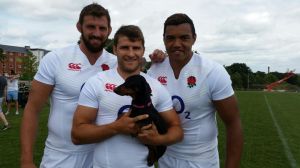 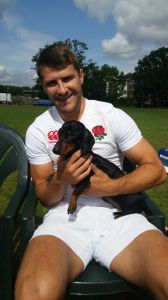 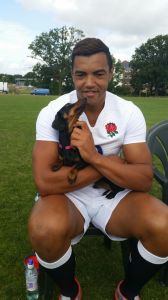 At the end of August Alfie was called up for another assignment; this time to be the star of Vitality’s mainstream TV advert, broadcast from late-September onwards.

After his brush with celebrity life it was back to the show ring for Alfie where he took Best of Breed at Richmond Championship Show.

Alfie has since completed more filming for Vitality, featuring with Joe Root on Sky Sports’ coverage of international cricket: 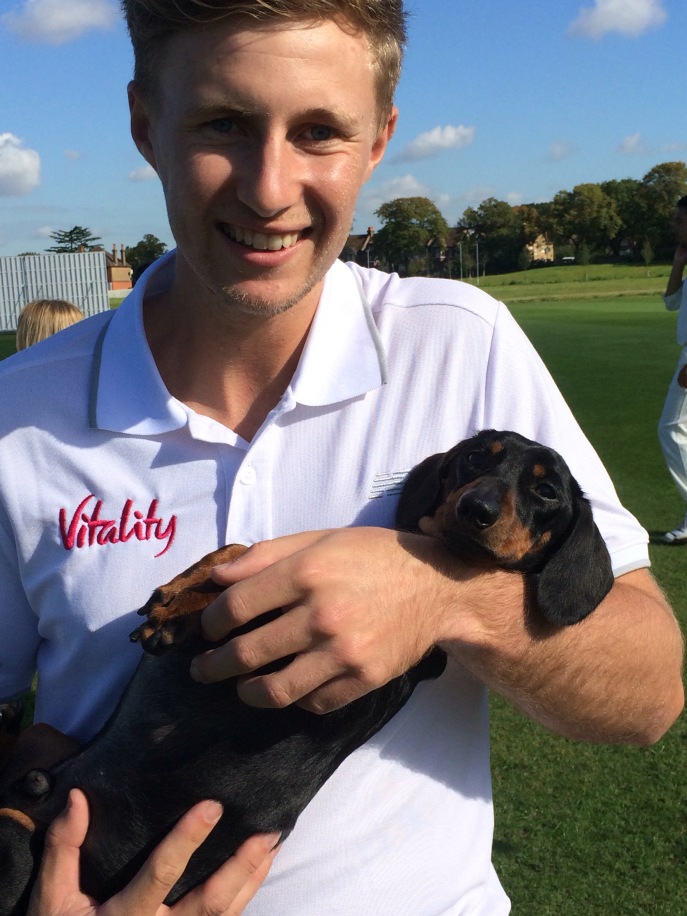 In December 2015 Alfie and Marc attended their first European dog show. They competed in Amsterdam at both the Holland Cup and Winner Show, with Alfie gaining the highest grading (‘Excellent’) at both shows. 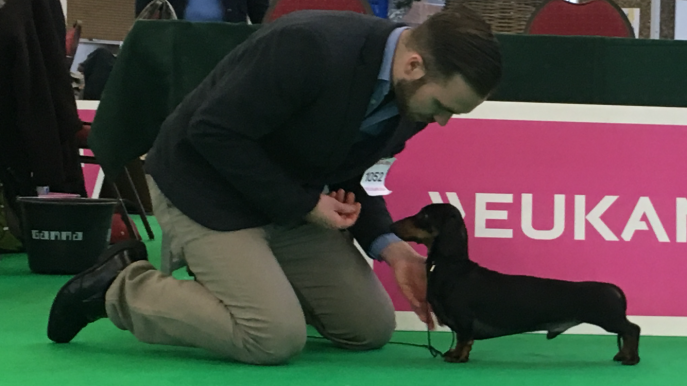 On their day off between the two shows, Alfie wanted to see the sights of Amsterdam… In March 2016 Alfie was called up for his next Vitality advert. This was to be filmed in two locations…Sheffield then Cape Town. After spending a few days freezing in Yorkshire filming with Jessica Ennis-Hill, Alfie, Marc and Lee went to Cape Town for a week.

Despite the long flight and significant temperature change, Alfie quickly adjusted to his surroundings and successfully completed two 10 hour days of work before enjoying a few days touring the city and surroundings before flying home. 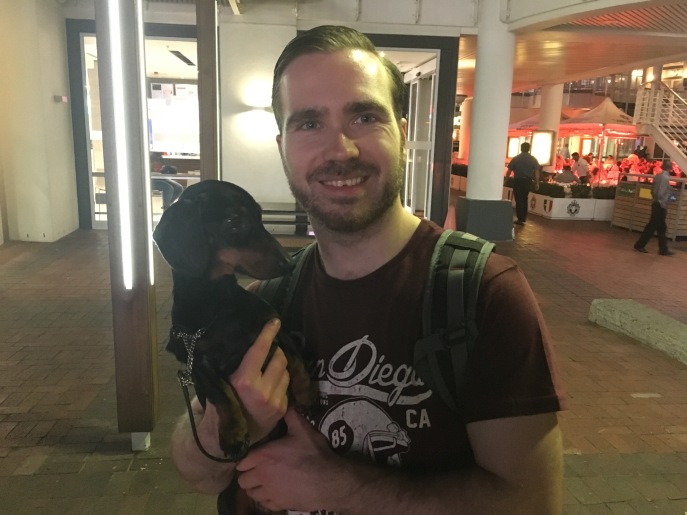 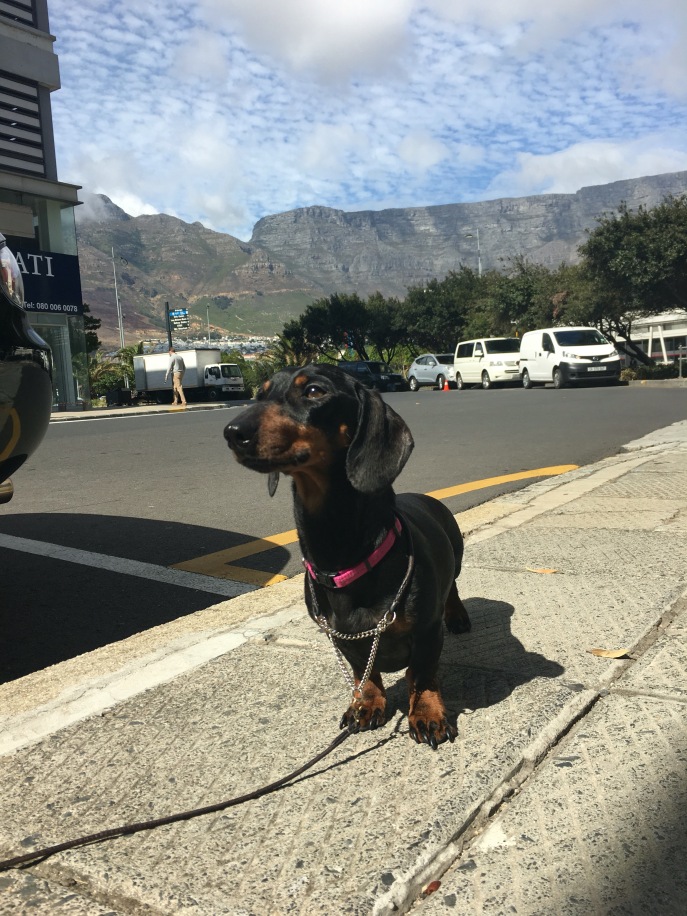 Following on from South African adventure, Alfie continued to win in the show ring, picking up his 5th CC at the Houndshow in August 2016 and winning Best of Breed at Bath 2017. Due to filming commitments with Vitality and me having little time to show after moving house, Alfie is expected to return the the ring later in 2019.

That doesn’t mean he hasn’t been busy as he has filmed a few more adverts for Vitality – including their most-watched ad to date when he wore a raincoat for a walk in the park – and he continues to produce beautiful puppies.

Here’s a selection of photos and videos of Alfie throughout 2016, 2017 and 2018 including his big screen debut as part of Vitality’s partnership with Vue Cinemas. 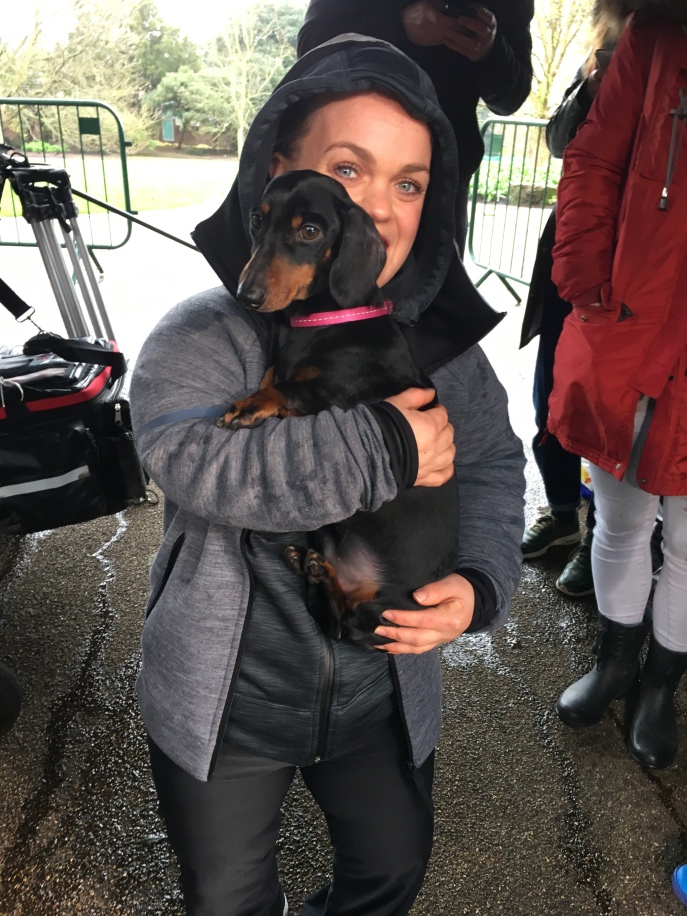 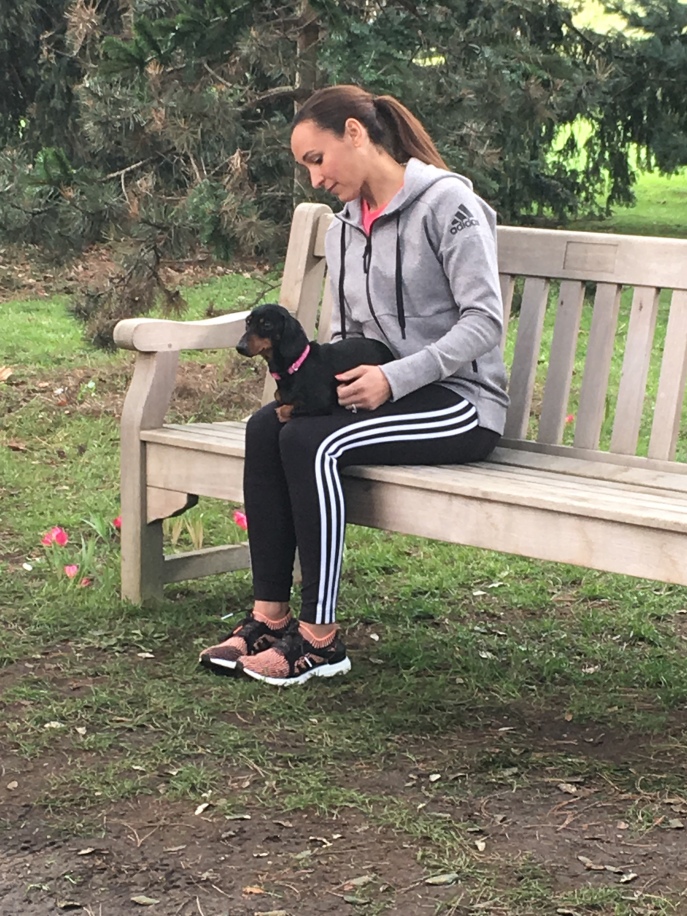 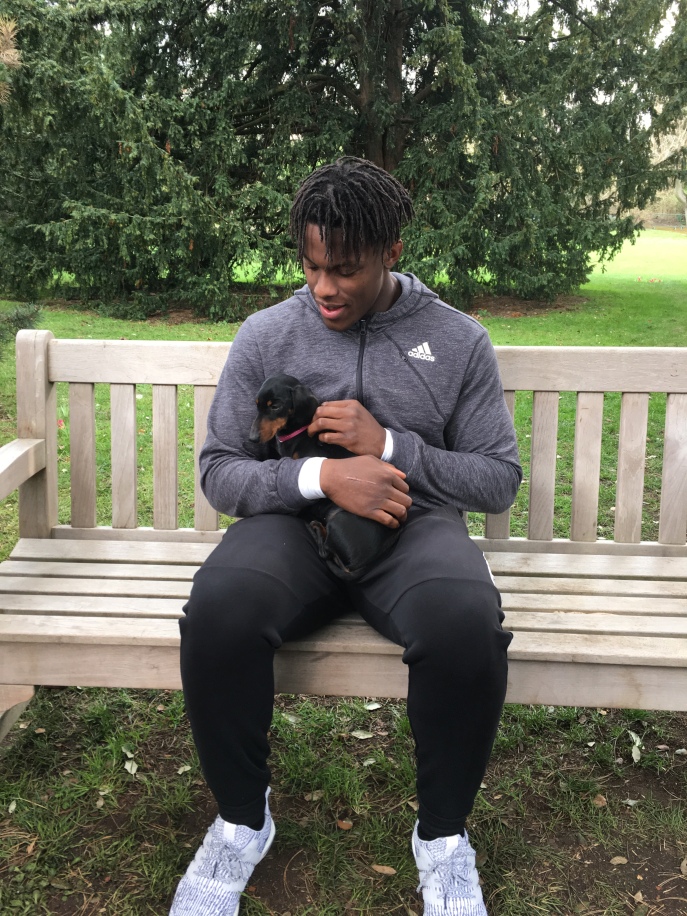 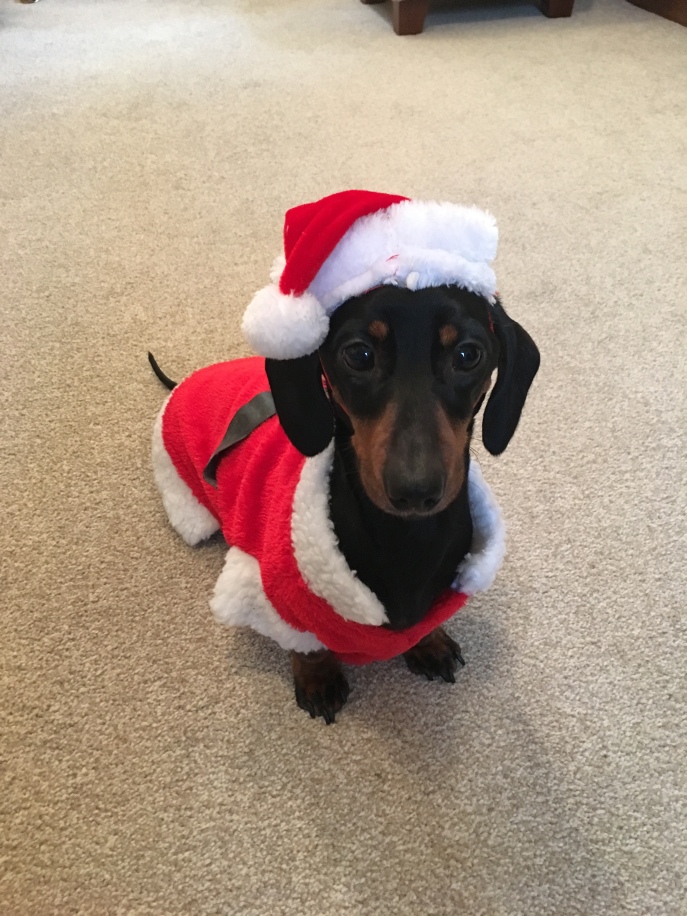 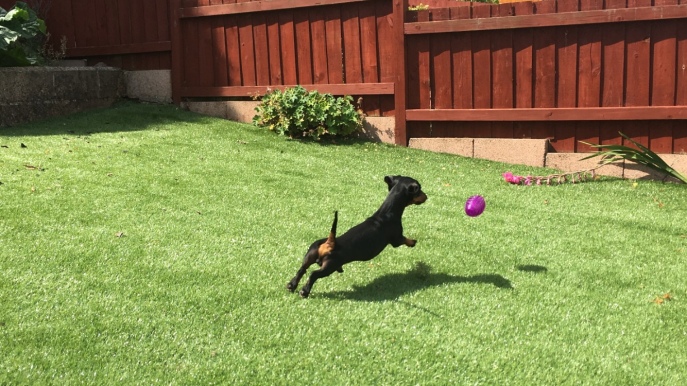 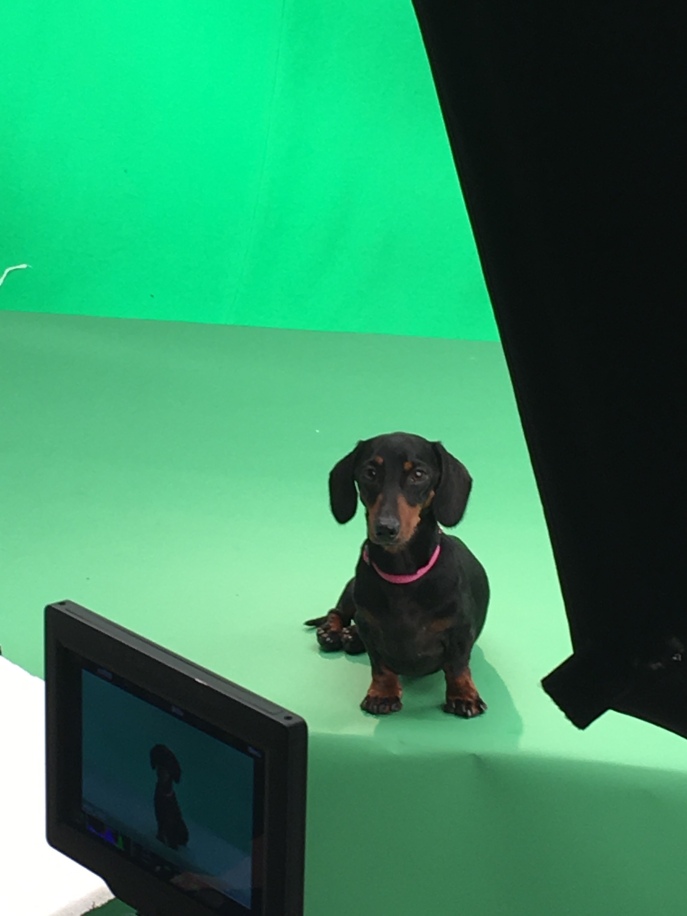 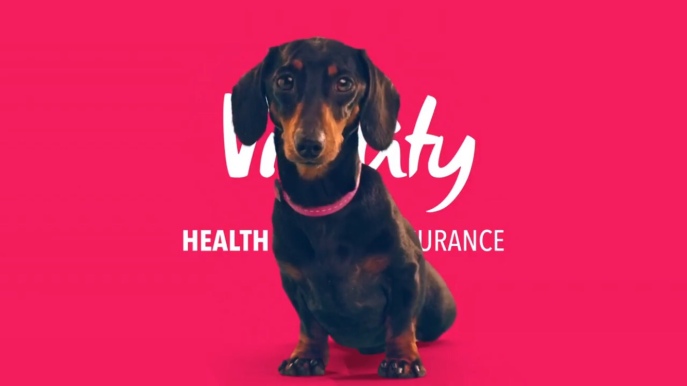